April 2022
Student of the Month 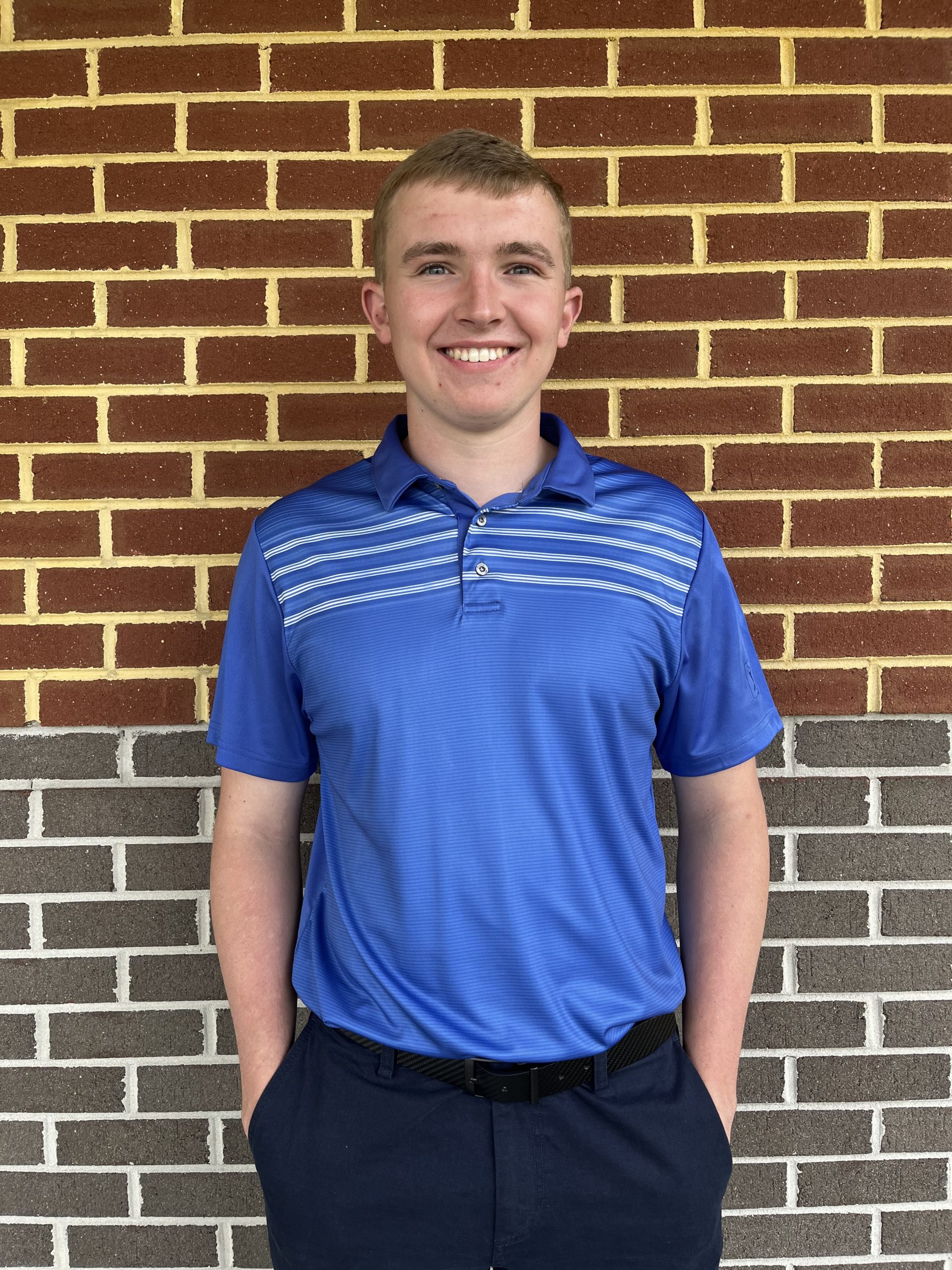 Brunswick Academy is pleased to announce that Bryson Gage Poarch has been selected as the Brunswick County Chamber of Commerce Student of the Month for April 2022. Bryson, a senior, is the son of Mr. Robert Edward Poarch Jr., and Mrs. Angela Hatton Poarch of Dinwiddie County, Virginia. He is the grandson of Mr. & Mrs. Robert Poarch Sr, and Mr. Larry Dwayne & the late Mrs. Anita Carol Hatton all of Dinwiddie County Virginia. Bryson is also the great grandson of the late Mrs. Olivia Slate Lingerfelt of Dinwiddie.

Bryson is in the Brunswick Academy Honors Program and also has taken dual enrollment classes through Liberty University for his junior and senior years. Bryson has attended the academy since the 6th grade. He has been named to the All-A Honor Roll each year during the time spent at the academy, and has always been an “A” student since Kindergarten. Bryson was first initiated into the Elementary School Honor Society in 5th grade through Sunnyside Elementary School in McKenney, Virginia. Regarding Academics at Brunswick Academy, Bryson is the Vice-President of the National Honor Society this year. Bryson has been on the Student Council Organization, Spanish Club, served on the Honor Council, Scholastic Bowl Team (4) years, Pep Club, was Freshman Class President, and now serves as Senior Class President this year. His academic excellence earned him the honor of serving as a Junior Marshal during the 2021 Commencement Exercises.

Throughout his years at Brunswick Academy, Bryson has participated in athletics at the Junior Varsity and Varsity levels. Bryson has played baseball since he was 3 years old. He has received the Coach’s Award through Brunswick Academy baseball. Bryson has been a member of the Brunswick Academy Scholastic Bowl team for 4 years and enjoys the trivia competitions very much. Bryson brought home the win for BA in the fall 2021 competition. Bryson is a member of the Varsity Golf Team this year as well. Bryson received the Excellence in Spanish Award for 4 consecutive years. On the Senior Trip to Orlando, Florida this year, Bryson was able to aid a lady that was lost with his knowledge of Spanish and helped her find her way. He enjoys all athletic competitions and appreciates every opportunity to represent his school.

Outside of school, Bryson was nominated by Brunswick Academy faculty for two separate Leadership Envision Summer Programs for which he attended; one at the University of Maryland, and the other at Wake Forest University. Bryson attends Kenwood United Methodist Church, and also Concord United Methodist Church. Bryson is also a member of Old Hickory Hunt Club, where he has done many hours of community service throughout the years. He has also helped Brunswick Academy during the summers by working with Mr. Farmer to revamp the school on upgrading projects and work to be done within classrooms for community service hours.

In Bryson’s spare time he enjoys spending time with his family, he also enjoys hunting, and fishing very much. Bryson was the first in his class at Brunswick Academy to be accepted his junior year to college on early admission to Liberty University. He will attend Liberty University in the fall where he plans to major in pre-law and he hopes to become a Judge in the future.

Previous Students of the Month