April 2018
Student of the Month 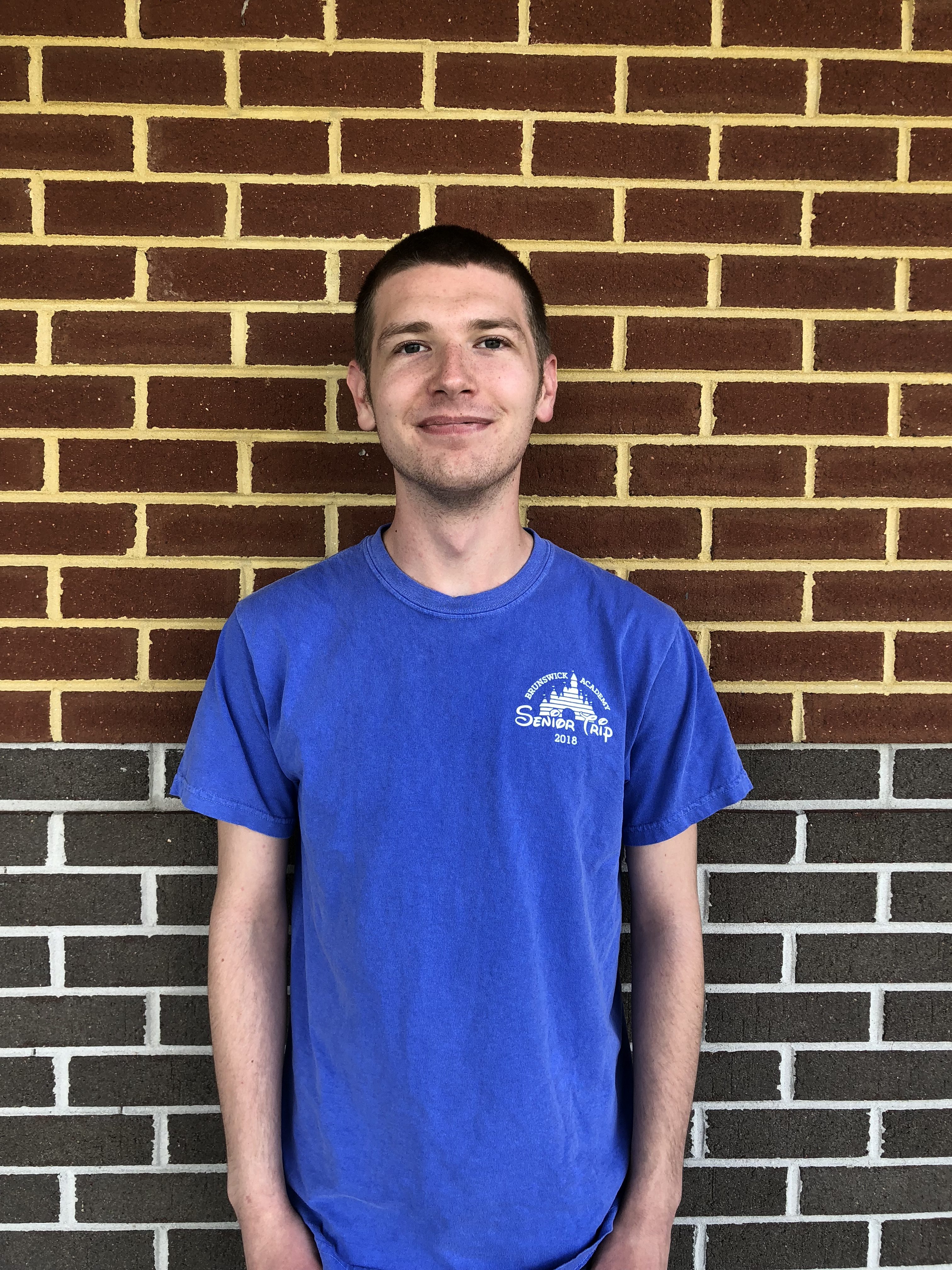 Brunswick Academy is pleased to announce that Benjamin Wilson Lewis has been chosen the Brunswick Chamber of Commerce Student of the Month for April. 2018.  Ben, a senior is the son of F.W. Lewis of Stony Creek and Mrs. Tracy Lee of Jarratt. Ben has one sister, Madison, who is a Brunswick Academy graduate and one step-brother, Ryan Lee.

Ben is in the Brunswick Academy Honors Program, which is the most rigorous and challenging program of studies.  Consistently, he has made the honor roll.

Since the seventh grade, Ben has been chosen to be his Class President.  He is a member of Junior Beta Club, President of the National Honor Society, Vice-President of the SCO and Secretary of the Honor Council.

He participates in AVA Forensics and has received numerous awards since 9th grade. He was the recipient of the BA Varsity Forensics award in 10th and 11th grade.   He took first place in the State of Virginia for the Riparian Woman’s Club Poetry Contest in 2013.

Ben has been a nine-year member and stage manager of the Brunswick Academy Theatre.  He has held roles in various productions and this year he was the co-star in the production of White Christmas.

Ben was a Junior Marshal and received the “I Dare You” Award for Leadership at last year’s graduation.   He will be an Honor Graduate for the Class of 2018.

In his spare time, Ben takes piano lessons and is a counselor for children for Grades K-5 at the YMCA of Greensville-Emporia.  He was chosen employee of the Month at the YMCA.

Ben will attend the Honor’s Program at Marymount Manhattan College in New York City.  He will major in Cinema, Television and Emerging Media.