January 2018
Student of the Month 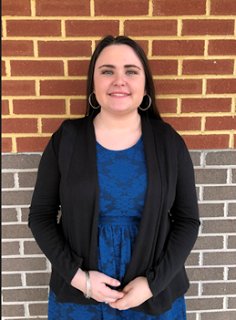 Heather is in the Brunswick Academy Honors Program, which is the most rigorous and challenging program of studies. This year she has been taking dual-enrollment classes at Southside Virginia Community College, as well as her upper-school classes at Brunswick Academy.

Regarding academics, she is a member of National Honor Society, Student Council Organization, Brunswick Academy Honor Council and the Hi-Y, where she currently serves at Vice-President. Heather has attended Model General Assembly for three years and has been a House Representative and a bill presenter.

Heather has been a member of the Junior Classical League (Latin Club). Within this group, she has held the position of philanthropic chair for two years, Vice President and now President. Her classmates have recognized Heather’s leadership abilities by selecting her to be their Class Vice-President for 3 years. At the graduation ceremonies for the Class of 2017, she was a Brunswick Academy Junior Marshal. At the annual awards assembly held in the spring of 2017, Heather received the William Mary Leadership Award.

In addition to excelling in academics, throughout her years of attending Brunswick Academy, Heather has participated in athletics, both at the JJV, Junior Varsity and Varsity levels. She has been a member of the JJV, JV and Varsity Basketball teams. She has been a captain and has received the Most Improved Award, Coach’s Award, All Tournament Team, Second Team All-Conference, All Academic as well as Most-Improved.

Since the Fourth grade, Heather has participated in programs of the Brunswick Academy Theatre. For nine years she has acted in the following productions: Footloose, Grease, Singin’ in the Rain, Cinderella, Little Shop of Horrors (Audrey), Little Women (Marmee), Once Upon a Mattress (Larkin) and Shrek (Fiona). She has also participated in the Association of Virginia Academies (AVA) Forensics Program, Field Day and Arts Festival.

Heather enjoys dance, piano, the beach and spending time with her family and friends.