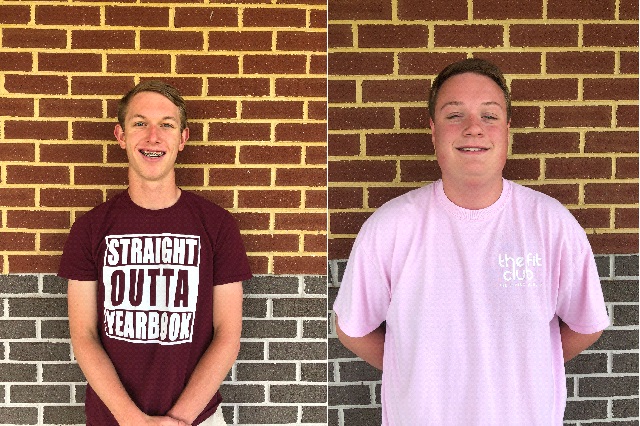 Brunswick Academy is pleased to announce that Jackson Owen Combs has been chosen the May 2018 Student of the Month. Jackson, a senior, is the son of Mark and Kerrie Combs of Emporia. He has one sister, Olivia, also a student at Brunswick Academy. Jackson has played JV and Varsity Football, (Captain) and Varsity Baseball (Captain). He has received multiple All Conference awards while playing sports at Brunswick Academy. He was a member of the Student Council Organization and the Spanish Club. Jackson is a member of Boy Scout Troop #232 of Purdy. He has attained the rank of Eagle Scout. He is an active member of the Main Street United Methodist Church in Emporia. He reads scripture during services and has attended 5 mission trips with the youth group at church. Jackson loves to play golf, hunt and go to Lake Gaston. He recently joined a kickball team with his classmates. He will attend West Virginia University in the fall where he plans to major in Forest Resource Management. Congratulations Jackson!

Brunswick Academy is pleased to announce that Matthew Tyler Harrison has been chosen the May 2018 Student of the Month. Matthew, a senior, is the son of Matthew and Patricia Harrison of Warfield. Matthew has played JJV, JV and Varsity Basketball while at Brunswick Academy. He is a member of the National Honor Society, The BA Honor Council, Latin Club and Junior Beta Club. Harrison works tirelessly in his family business, Nottoway Restaurant. In his spare time, Matthew enjoys fishing, the beach and any outdoor activity. He will attend Southside Virginia Community College for two years and then transfer to Virginia Tech. He plans to major in Business Administration and Management. Congratulations Harrison!