March 2018
Student of the Month 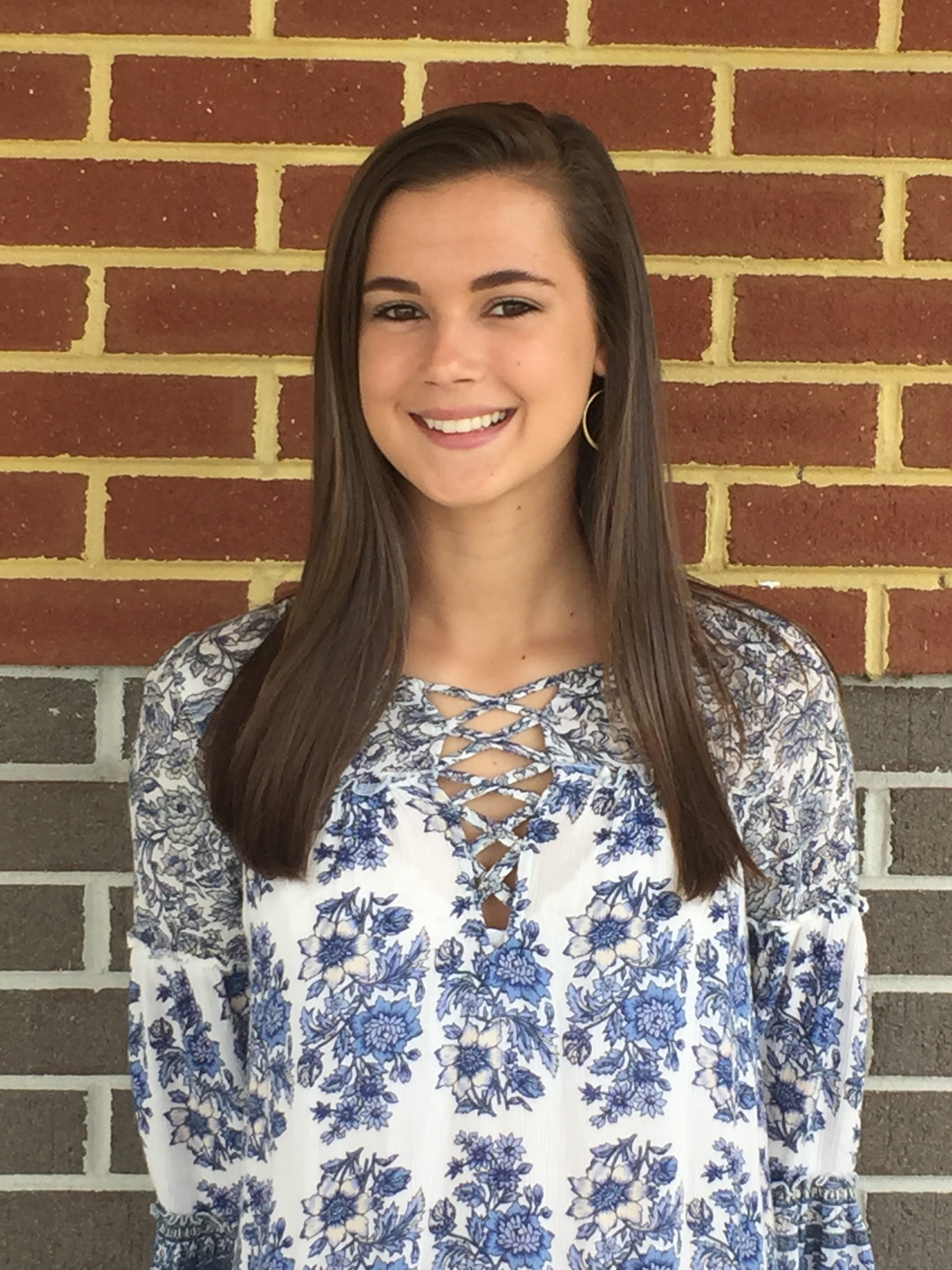 Brunswick Academy is pleased to announce that Karly Hall Blackwell has been chosen
the March 2018 Student of the Month. Karly, a senior, is the daughter of Kevin (Class of
1975) and Terri Blackwell of Dolphin. She has two sisters, MacKenzie (BA Class of
2011) and Kelly (BA Class of 2013).

Karly is in the Brunswick Academy Honors Program, which is the most rigorous and
challenging program of studies. This year she has been taking dual-enrollment classes at
Southside Virginia Community College, as well as her upper-school classes at Brunswick
Academy.

Regarding academics, she is a member of National Honor Society (Treasurer) and is the
Class of 2018 Treasurer. She has also been a member of the Student Council
Organization, Brunswick Academy Honor Council and Spanish Club.
Throughout her years of attending Brunswick Academy, Karly has participated in
athletics, both at the JJV, Junior Varsity and Varsity levels. She has been a member of
the Volleyball team and the JV and Varsity Cheerleading Squad. She has been a Captain
of the Cheerleading Squad and has earned the Most Valuable player award and The
Coach’s Award. Karly has also been a member of the JV and Varsity Softball teams and
was awarded All Academic.

Karly currently works at Trinity Custom Apparel in South Hill and has been a member
of the Appalachian Service Project at her local church. She enjoys spending time with
her family and friends at the Rappahannock River in her spare time.
She has been accepted to James Madison University, Virginia Tech, Radford University
and Coastal Carolina University. She plans to major in Hospitality and Tourism
Management.