September 2019
Student of the Month 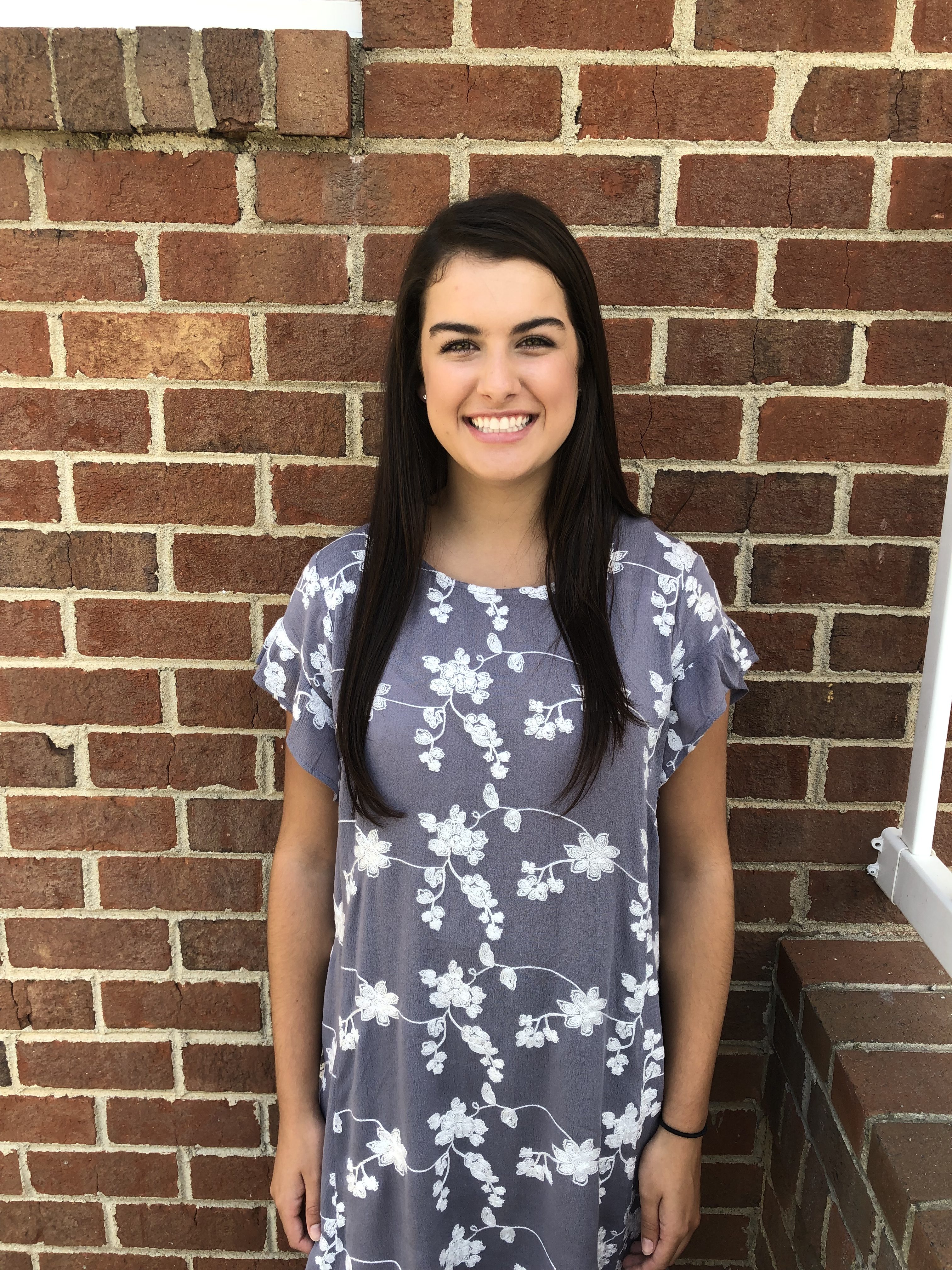 Brunswick Academy is pleased to announce that Sadler Hastings Lundy has been named its September 2019 Student of the Month.  She was recognized at the Brunswick Chamber of Commerce luncheon held on Wednesday, September 11, 2019.    Sadler, a senior at Brunswick Academy, is the daughter of Missi Sadler and Russell Lundy, Jr. She is the granddaughter of Mr. and Mrs. Herman Sadler of Emporia, Virginia and Mrs. Betty Lundy and the late Mr. Russell Lundy, Sr. of Emporia, Virginia.

Sadler is in the Brunswick Academy Honors Program – the most rigorous and challenging program of study our school offers. In addition to her BA classes this year, Sadler is enrolled in dual enrollment courses through both Southside Virginia Community College as well as Liberty University’s Online Academy. Throughout her entire time at Brunswick Academy, Sadler has earned the distinction of Brunswick Academy’s Honor Roll and has attended the Head of School’s All-A Breakfast her 9th, 10th & 11th grade years at the Upper School. Given her academic history, we fully anticipate her attendance for this year’s event as well.

Inducted into the National Honor Society in 2019, Sadler serves as the President this year. In addition, she is the Vice-President of the Student Council Organization which is the student government group for Brunswick Academy. Also, Sadler is a member of Brunswick Academy’s Latin Club and serves as its Vice-President. Furthermore, Sadler is a member of the National Honors Art program. Sadler has enhanced her academic career by attending both Girls State and Envision’s National Youth Leaders Forum.

Sadler has an impressive extra-curricular record as well. For the past 8 years, she has been a member of the city of Raleigh’s Cheer Extreme Competition team and has traveled throughout the contiguous United States to compete on a national level. In addition, she has participated in a variety of Brunswick Academy sports since 6th grade to include JV & Varsity Cheer, JV & Varsity Volleyball, as well as Soccer.  Furthermore, she works part-time as a waitress at the Fosho restaurant in Emporia.

When Sadler has any spare time, she enjoys traveling, cooking, and socializing with her friends. At this time, Sadler has been accepted to the University of Alabama. Meanwhile, she is awaiting responses from UNC, USC, Clemson, UVA, UT, and VT. Sadler plans to continue her love of cheer by being a cheerleader at the University level while she pursues a study of Biology and hopes to attend medical school to become a Dermatologist.