December 2019
Student of the Month 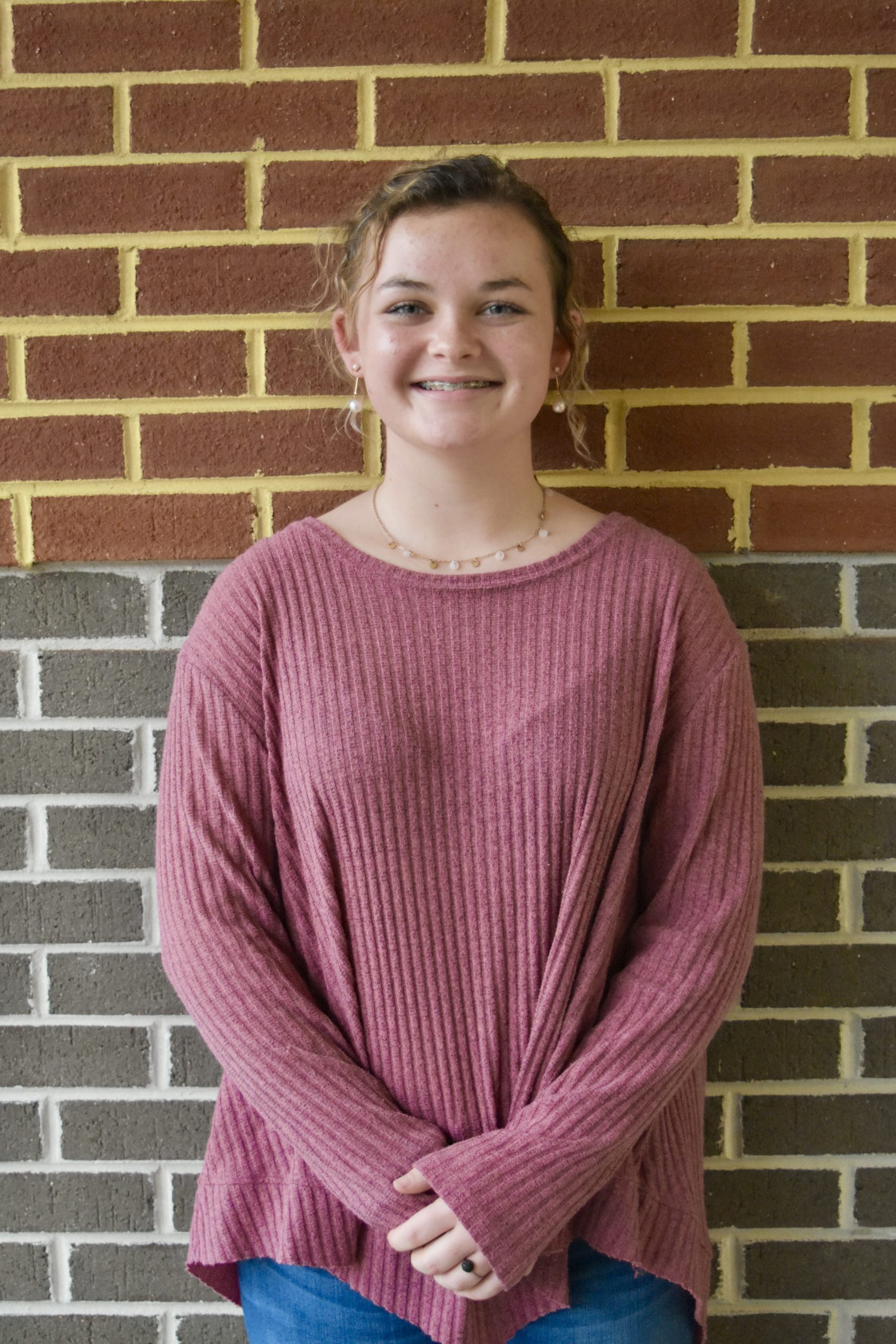 Lydia, a sophomore at Brunswick Academy, is the daughter of Cassandra and Robert Smith of South Hill. She has one sister, Lucy (BA Class of ‘19), who attends Radford’s Honors College and is a Pre-Nursing major. On a daily basis, Lydia places a high value on performing well academically. She is enrolled in the Honors curriculum and challenges herself every day both in the classroom and during extracurricular activities. Lydia has worked hard to earn exemplary grades in each grading period.

Lydia has been an SCO representative for two years, Vice President of her class for three years, Class President for one year, Latin Club member for three years, and Latin Scrapbook Co-Chair for one year. In addition, Lydia has attended the State Latin Convention twice and participated at Modern General Assembly in Richmond, VA. Also, she participated in Envision’s Summer Leadership Program during her 7th-grade summer. Recently, Lydia was accepted to attend the Hugh O’Brian Youth (HOBY) Leadership Conference at Christopher Newport University in 2020.

In addition to academics and school organizations, Lydia enjoys being a part of a variety of sports. For two years, she was a JV cheerleader and served as a captain. Meanwhile, Lydia played JV volleyball for three years and plans to play on the BA soccer team this season. Lydia’s love for volleyball is a year-round experience. For the past four years, she has been an active member of a recreational volleyball league during the winter and summer months. When not playing volleyball, Lydia spends her extra time with family, friends, her Golden Retriever Rosie, and especially enjoys time spent on Lake Gaston. She also keeps a busy schedule by volunteering at a local daycare and plans to work there again this upcoming summer.

In terms of her future career plans, Lydia hopes to obtain her Ph.D. in Psychology and specialize in children and adolescents. Her top three college choices for the Fall of 2022 are William & Mary, Virginia Tech, and the University of Tennessee.