November 2019
Student of the Month 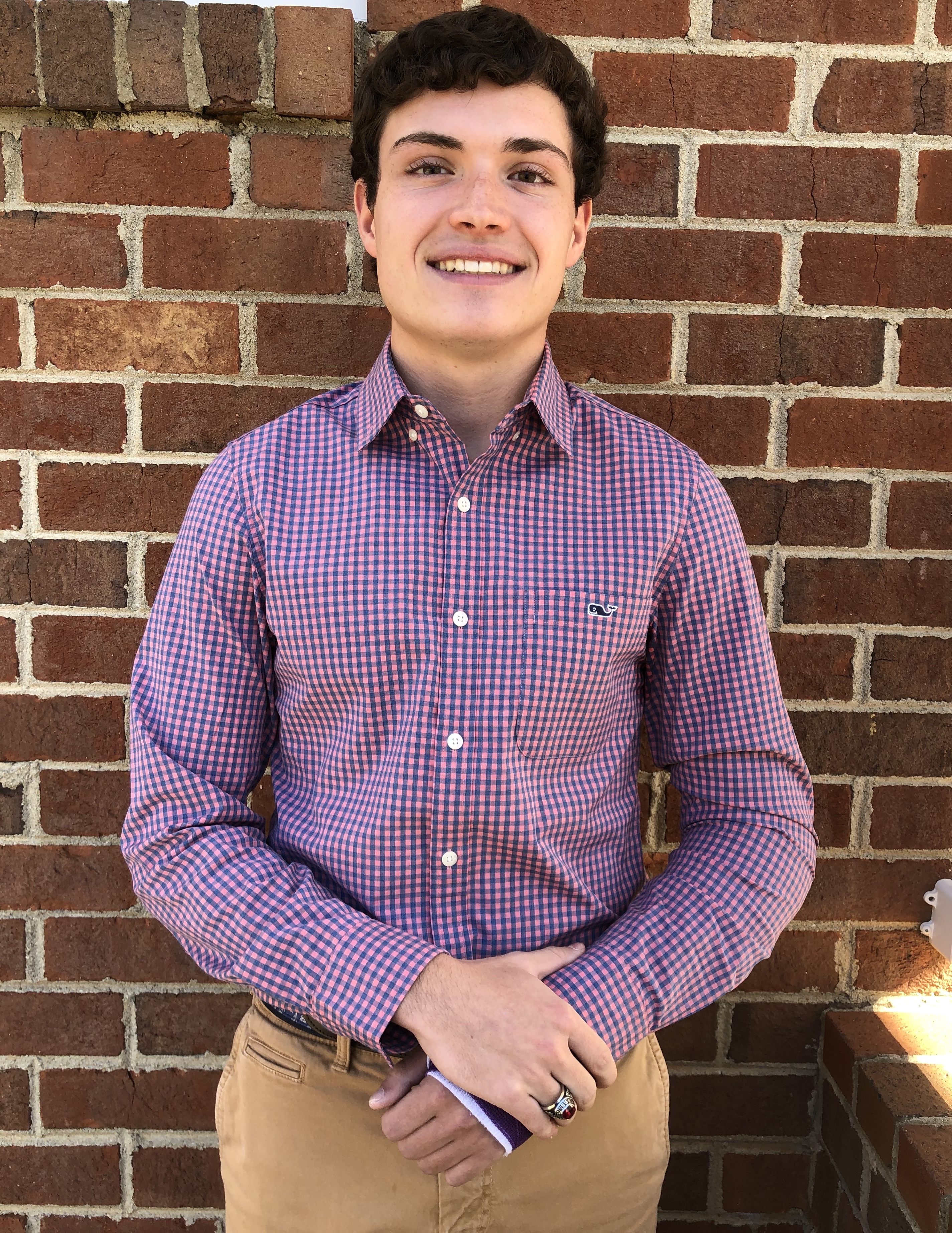 We are pleased to announce that Davis Keith Roberts has been chosen the Brunswick Chamber Student of the Month for November 2019. Davis, a senior at Brunswick Academy, is the son of Brian (Class of 94) & Kimberly Roberts of Lawrenceville, Virginia. Davis has one sister, Alaina Jane, a current 7th-grader at Brunswick Academy.

Davis is in the Honors Program, the most rigorous & challenging program of study that Brunswick Academy offers. In addition to his BA classes this year, he is also enrolled in dual-enrollment courses through both SVCC & Liberty University. Throughout his entire time at Brunswick Academy, Davis has made the Brunswick Academy Honor Roll & has attended the Head of School’s All-A Breakfast each year while attending the Upper School.

During this past Spring semester, Davis was tapped into the National Honor Society. He has been a member of the Student Council Organization, serving as the Vice-President for a couple of years. In addition, Davis has been a member of the Student Honor Council. Also, Davis was a member of the Latin Club for 3 years. At last year’s graduation, Davis served as a Brunswick Academy Junior Marshal. This distinction is reserved for the top performing students in the Junior Class. Davis has participated in the Modern General Assembly in Richmond, VA. Furthermore, Davis has been actively involved in sports throughout his time at BA: JV Football (4), Varsity Football (4), JV Basketball (4), Varsity Basketball (1), JV Baseball (3), Varsity Soccer (2), & Varsity Golf (1). While Davis is currently injured & cannot participate in any sports activities, he is sharing his love of basketball by serving as an Assistant Coach for the JV Girls Basketball team.

Though Davis loves sports, he also has a profound passion for medicine. For the past 2 summers, Davis has served as an intern with the Emporia Medical Associates, earning over 200 hours of community service. This experience has prepared him further as he plans to pursue an undergraduate degree in Biology from either Virginia Tech or East Carolina University’s Honors College. Davis will focus on a pre-med track of study in the hopes of eventually becoming a General Practitioner.

In his spare time, Davis enjoys spending time at North Myrtle Beach with his family & friends.