April 2019
Student of the Month 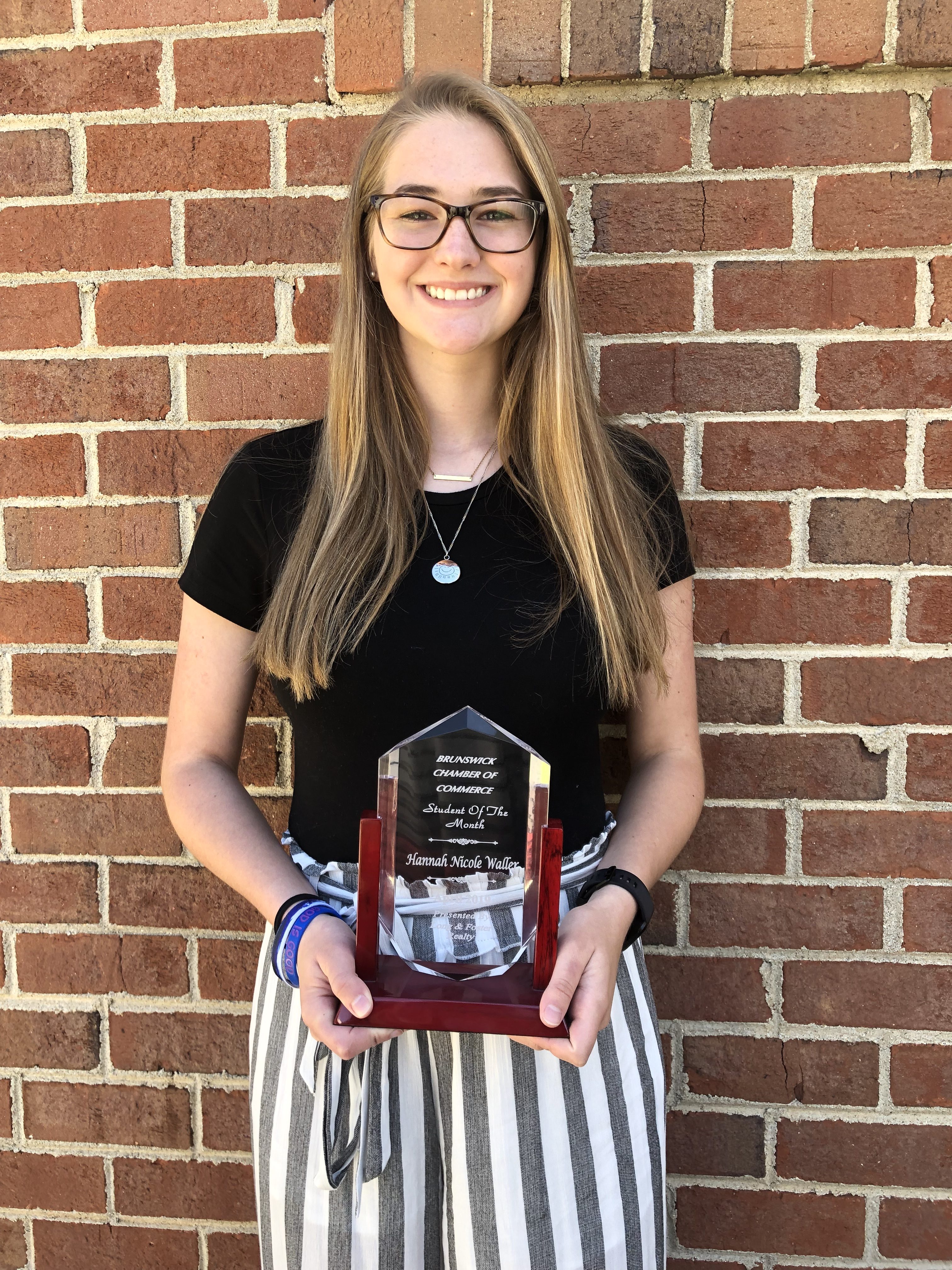 Brunswick Academy is pleased to announce that Hannah Nicole Waller has been chosen the April 2019 Student of the Month. Hannah, a senior, is the daughter of Jenni Oakley Lynn of Brodnax. Her mother is also a Brunswick Academy graduate, Class of 1992. Hannah has a sister, Kaitlyn, who is a sophomore at Brunswick Academy and her
brother, Noah, is an eighth grader.

Regarding academics, she is a member of National Honor Society, (Treasurer), Student Council Organization (Secretary), Brunswick Academy Honor Council, Scholastic Bowl team and participated in Model General Assembly in Richmond. She is Vice-President of the Class of 2019 and all serves on its fundraising Committee. At last year’s graduation, Hannah served as a Brunswick Academy Junior Marshal.

Hannah has held part-time positions at Parker Oil Company and Memory Makers of South Hill. For over one year now, she has been an active volunteer with Southside Rescue Squad in South Hill. This summer, Hannah will be taking a class to become a certified EMT.

Hannah will attend the University of Virginia in the fall. She plans to study biology. She hopes to continue her education at medical school and to eventually practice medicine as a physician and conduct medical related research.