March 2020
Student of the Month 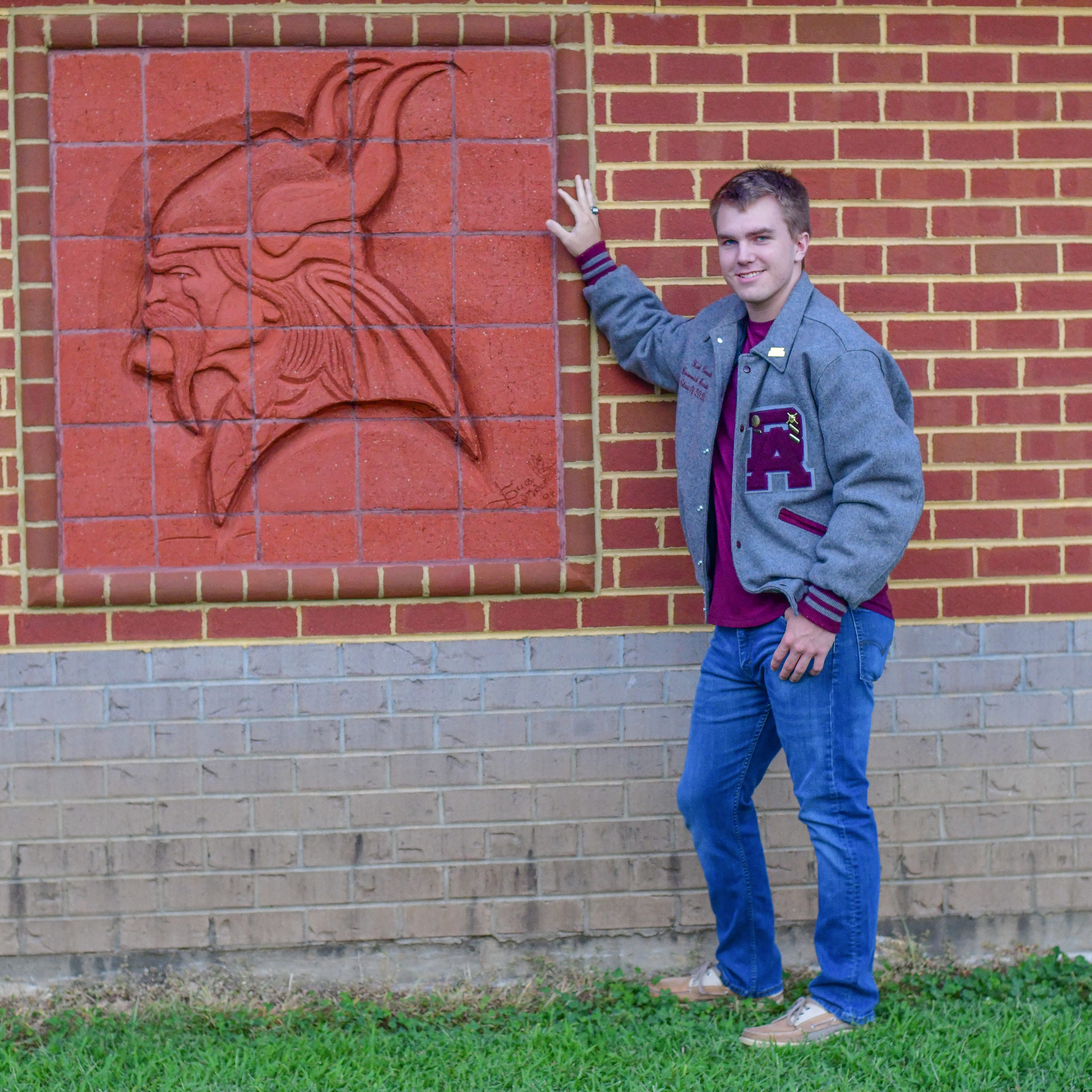 Brunswick Academy is pleased to announce that Jeremy Hart Creedle, a senior, has been chosen as the school’s March 2020 Student of the Month.  Hart’s parents are Steve (Class of 1990) and Susan Creedle of South Hill, Virginia.  Hart has one sister, Morgan Clary (Class of 2011), and one brother, Tyler Creedle, a junior at Brunswick Academy.

Hart is slated to be an Honor Graduate of the Honors Diploma Program, the most rigorous and challenging curriculum at Brunswick Academy.  Hart has consistently earned all-year honor roll from first grade to the current term, and he was inducted into the National Honor Society his junior year.  He is a three-year member of the Scholastic Bowl team, has been a member of both the Spanish and Latin Clubs, and has participated in forensics.

In conjunction with the B.A. Honors curriculum, Hart has taken dual-enrollment courses through SVCC, as well as summer courses outside of the dual-enrollment offerings.  In May, Hart will graduate from the college with a General Education Certificate prior to his high school graduation.  He is a member of the Phi Theta Kappa Honor Society at SVCC, where he made the President’s List for first semester.

From a young age, Hart has enjoyed many sports–from exploration of soccer and football, to following his passions for basketball and baseball, where he spent many years on all-star and travel teams.  He is in his 5th year of varsity baseball for Brunswick Academy, and just completed his 5th year of Vikings basketball, where he was a co-captain for both his junior and senior years, and twice earned sportsmanship awards. He plans to play club and intramural sports while in college.

As an active member of First Baptist Church in South Hill, Hart has participated in many youth camps, missions, and retreats.  For the past three summers, Hart has volunteered a week of service for Impact Mission Camps, performing home repairs in under-served communities in Virginia. He has also had summer jobs with two local businesses.  In his free time, Hart enjoys spending time with friends, snow skiing and traveling.

Hart has been accepted as a Business Fellow of the Earl N. Phillips School of Business at High Point University, where he will pursue a Bachelor of Science in Business Administration.