September 2018
Student of the Month 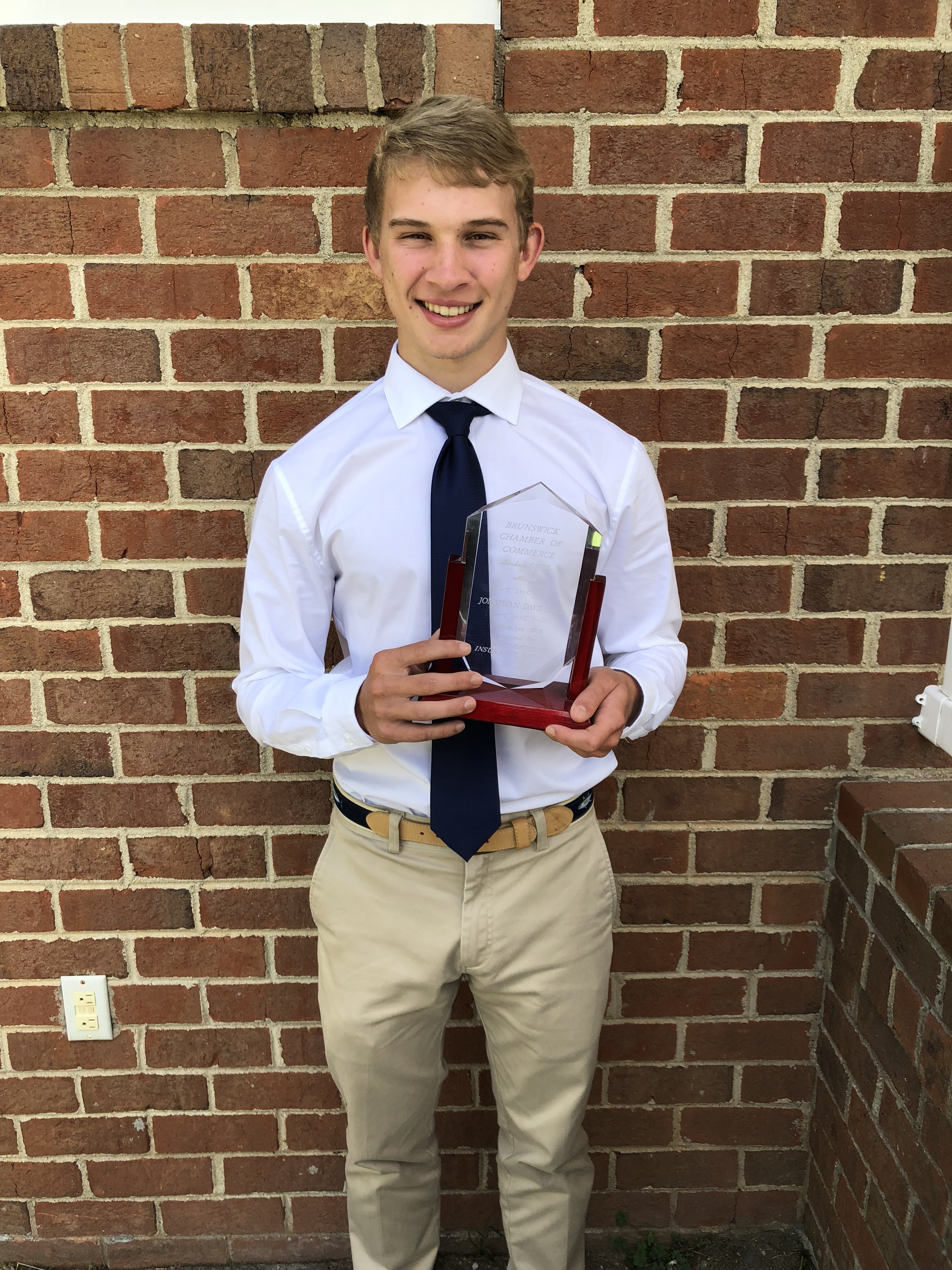 Brunswick Academy is pleased to announce that Jonathan Davis Paul has been selected September 2018 Student of the Month.  Jonathan, a senior, is the son of John and Tonya Paul (Class of 1991) of Emporia.  His sister, Sydney, is a freshman at Brunswick Academy. He is the grandson of Wanda Proctor of Emporia and Ronald and Virginia Paul of Henrico, NC.

Jonathan is in the Brunswick Academy Honors Program, which is the most rigorous and challenging program of study. This year he has been taking dual-enrollment classes at Southside Virginia Community College, as well as his upper-school classes at Brunswick Academy. He has consistently made the Honor Roll throughout his years at the Academy.

Regarding academics, he is a member of the National Honor Society and has been a member of Brunswick Academy’s Honor Council, Student Council Organization, the Junior Classical League (Latin Club) and has attended Model General Assembly in Richmond. He has also competed against other schools in our conference as a member of Brunswick Academy’s Scholastic Bowl team (quiz bowl competition).  Jonathan was Chief Marshall at the graduation ceremonies for the Class of 2018.

This past summer, Jonathan was selected to attend Boys’ State held at Radford University. The week long program, which is hosted by the American Legion, helps to cultivate leadership skills and develop pride in American citizenships to all of its participants. Over 600 boys attended this session where they were able to learn more about Virginia government.  Jonathan ran for a seat in the House of Delegates and won and was able to write and present a couple of bills.

He is a member of Main Street United Methodist Church in Emporia, where he serves as a scripture reader. Since the 7th grade, he has been a member of Main Street’s Youth Group.  Jonathan has participated in 6 week long mission trips where they travel to different states and perform a variety of tasks including much needed home repairs, serving meals to the homeless, as well as completing the renovation of a camp cabin on the Eastern Shore of Virginia.

From the time Jonathan was 7 years old, scouting has been an important part of his life. He became a boy scout in Troop 232 of Purdy in 2012 where he logged more than 70 nights camping, has been on numerous hikes including a portion of the Appalachian Trail and a 5 day 35 mile hike through the mountains of New Mexico. Jonathan completed his Eagle Service project in 2016 by planning, organizing and installing a 30’ flagpole with an American Flag at the Greensville Manor Nursing Home. He became an Eagle Scout on November 16, 2016.

Throughout his years of attending Brunswick Academy, Jonathan has participated in athletics at the Junior Varsity and Varsity levels. He has played football for 6 years, earning the sportsmanship award his Junior year and is currently serving as one of the team captains. He has been on the baseball team for 4 years, earning the Most Improved Award his Freshman year and receiving the Coach’s award his Sophomore year. He has also played Soccer and ran with the Cross Country team.

He is in the process of applying to the University of Virginia, Virginia Tech, Washington and Lee University and North Carolina State University. He plans to study either chemical or electrical engineering.