February 2020
Student of the Month 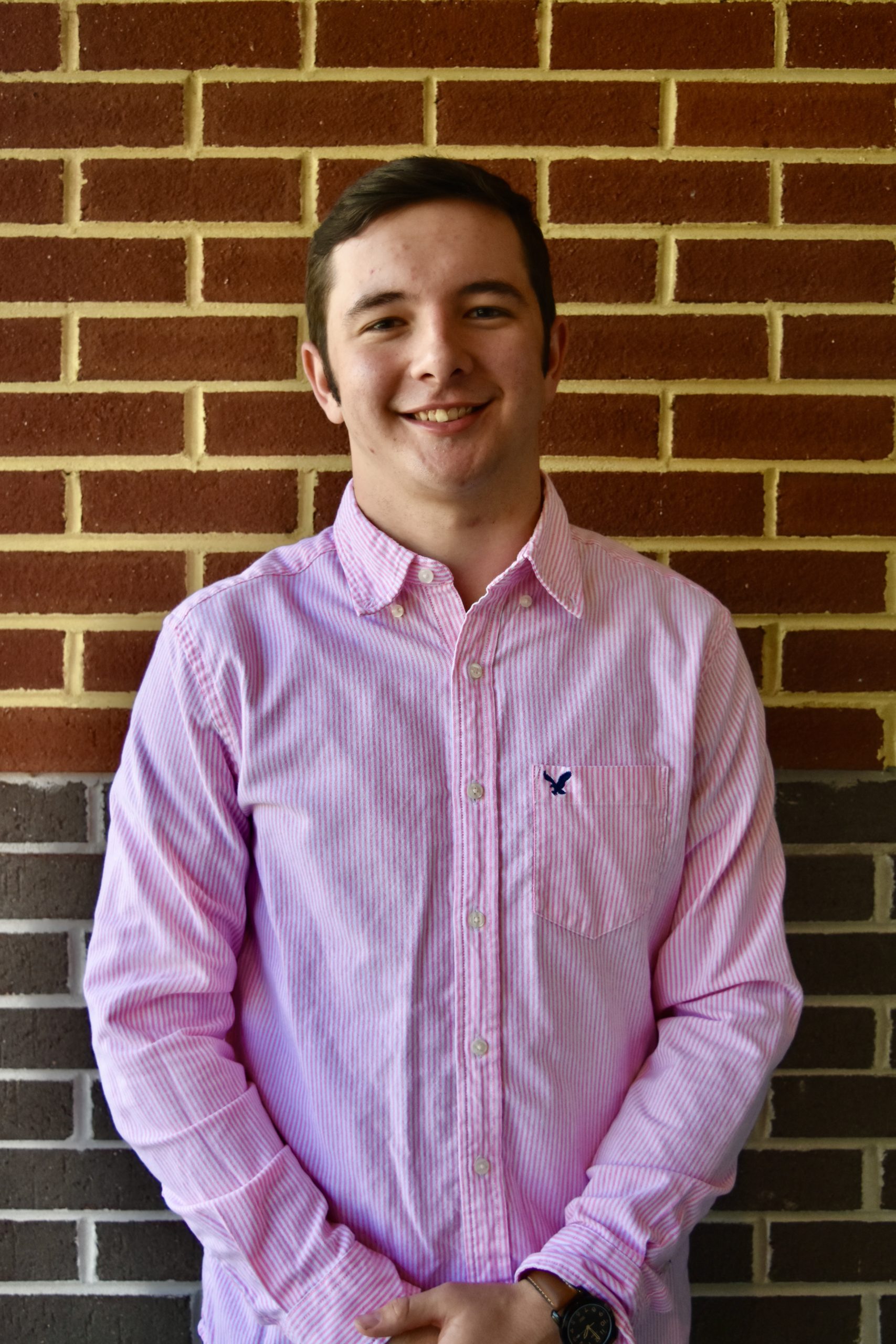 Brunswick Academy is pleased to announce that senior, Kyle Donovan Tanner, has been chosen as the school’s February 2020 Senior Student of the Month. Kyle’s parents are Steve and Michelle Tanner of South Hill, Virginia. Kyle has one sister, Regan, a current seventh grader at Kerr-Vance Academy.

Kyle is enrolled in Brunswick Academy’s Honors Program, the school’s most rigorous program of study, and takes dual enrollment courses through Southside Virginia Community College. While in the Upper School, Kyle has been named to Brunswick Academy’s Honor Roll each year and has often attended the Head of School’s All-A Breakfast. Kyle earned induction into the National Honor Society during the 2019 Spring semester, is a five-year Latin Club member, and served as a Junior Marshall during the school’s 2019 graduation ceremonies.

Athletics is a significant part of Kyle’s life. This past summer, Kyle played in both the Babe Ruth and Dixie Boys State baseball tournaments. His Dixie Boys team won the Virginia State title and advanced to World Series play in Louisiana. While at Brunswick Academy, Kyle played Junior Varsity basketball for one season and played Junior Varsity football earning the Coach’s Award after his ninth-grade season. Kyle has played Varsity baseball and football almost his entire time at Brunswick Academy. After his Junior year of baseball, Kyle was named the team’s Co-MVP and earned the honors of Virginia Colonial Conference All-Academic, First-Team All-Conference, and Second-Team All-State (VISAA Division III). After his Senior season of football, Kyle was named Honorable Mention VISFL All-State at the running back position.

Kyle is an active member of South Hill United Methodist Church and has attended numerous church retreats. During previous summers, Kyle has worked for a local lawn care business and volunteered throughout his community. During his leisure time, Kyle can be found spending time with his friends while often enjoying the outdoors. As of this writing, Kyle has earned acceptances into seven colleges and plans to select the school that provides the best curriculum for him to excel in a career involving the conservation of wildlife and natural resources.