October 2021
Student of the Month 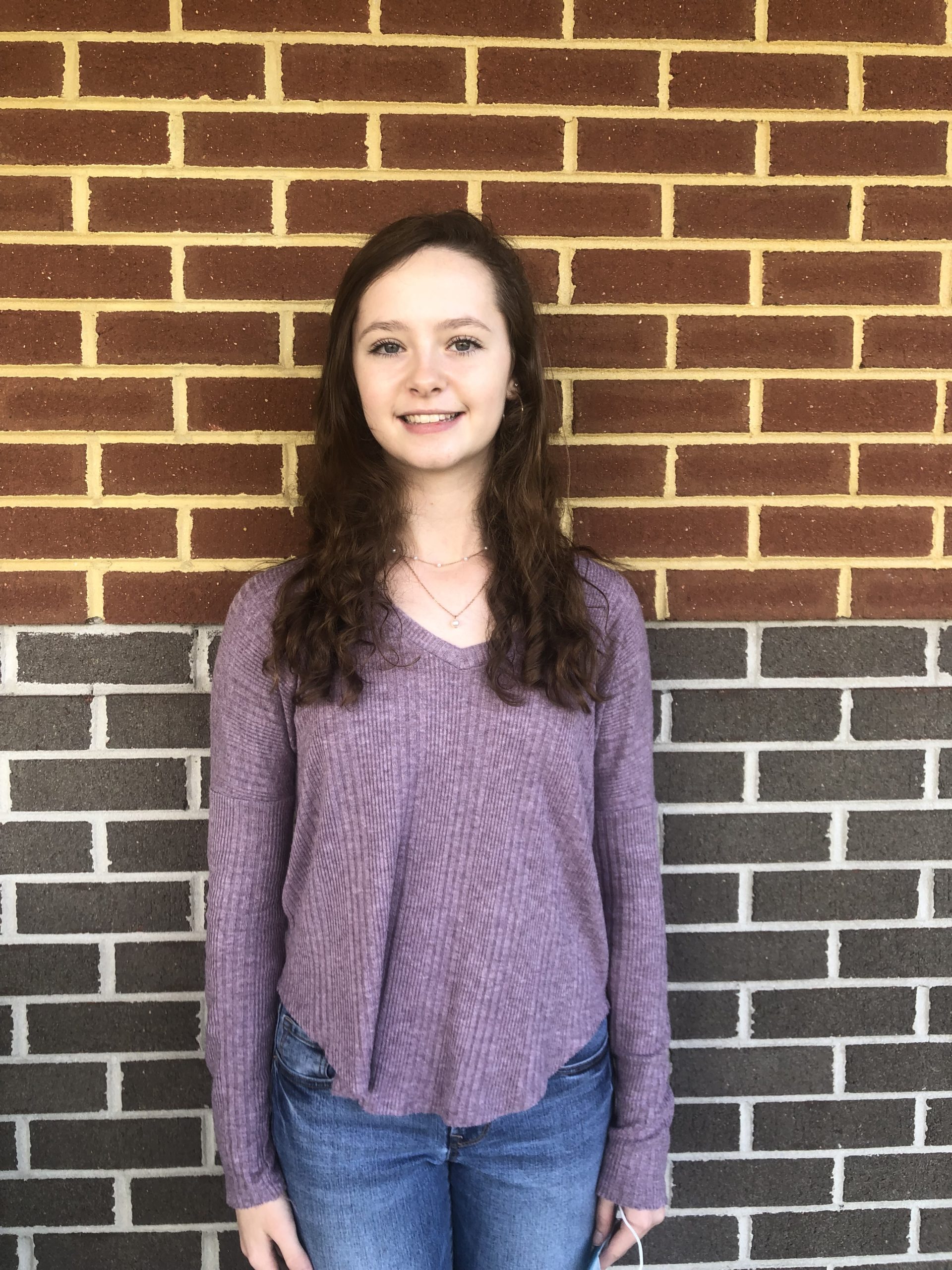 Brunswick Academy is pleased to announce the October 2021 Underclassman Student of the Month: junior Meredith Clair Greene. Meredith is the daughter of Kevin and Diane Powell Greene (89). She has one brother, Hunter Greene (’21).

Meredith is enrolled in the Honors Program at Brunswick Academy and is the President of her Junior class. She has been a member of SCO for 6 years, Latin Club for 4 years, and has participated in BAT productions for 6 years. Meredith also enjoys being a part of Forensics and has competed for the past 4 years.

When Meredith is not at school, she enjoys dancing. Meredith has been dancing since she was 3 and plans to continue into her college years. Meredith is an enthusiastic member of the newly founded Vikettes Dance Team; she received the Coaches Award in 2019 and 2020. In addition to her love of dance, Meredith devotes her time and talents to her church’s youth group.

Even though she is just a junior, Meredith is working towards attending college after she graduates from Brunswick Academy in May of 2023. She plans to major in a scientific field of study.