April 2021
Student of the Month 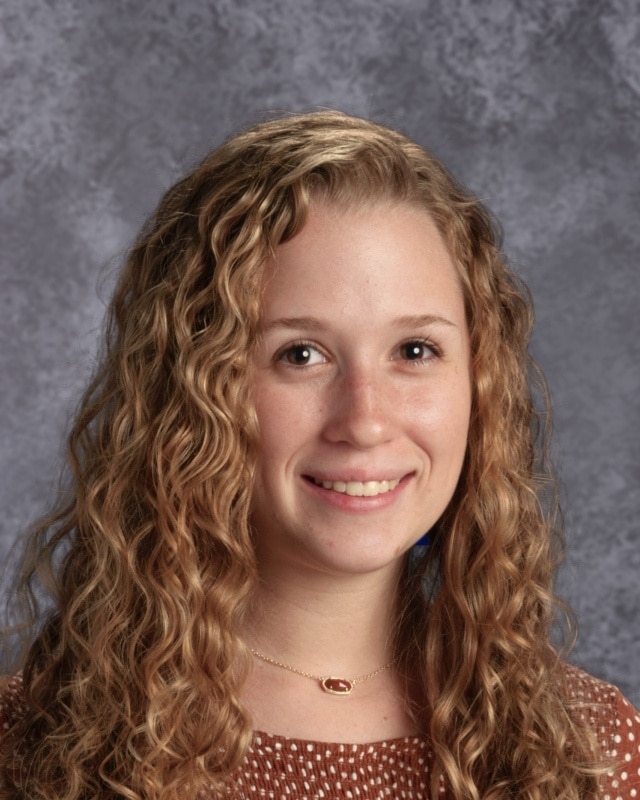 Brunswick Academy is proud to announce the April 2021 Underclassman Student of the Month: Shelby Lee Rideout. Shelby is the daughter of Jay (’92) and Diane Rideout. Her brother, Nathan, is a 2020 graduate of Brunswick Academy.

Shelby, a junior, has attended Brunswick Academy since the 6th grade. She is a successful student in the Academic Program. In addition to her academic life, Shelby involves herself at Brunswick Academy in other ways. For example, during 6th-grade, she was a member of the JV Cheerleading Squad. Meanwhile, Shelby played JV Softball her 7th and 8th-grade years and received the Sportsmanship Award. During her Sophomore year, Shelby committed to another sport; she played JV Volleyball and earned an award for Most-Improved. While Shelby is an athletic student, she has a keen interest in Art and enjoys being a part of the Art Club.

Outside of school, Shelby is very active in her church youth group. She goes on mission trips with her church every year and helps with food pantries and reconstructing homes. This year, Shelby has volunteered multiple times at the Petersburg District COVID-19 vaccine clinic. In her spare time, Shelby spends as much time with her family as she can.

In the future, Shelby hopes to attend college after graduating from Brunswick Academy. She is interested in a career in Occupational Therapy.