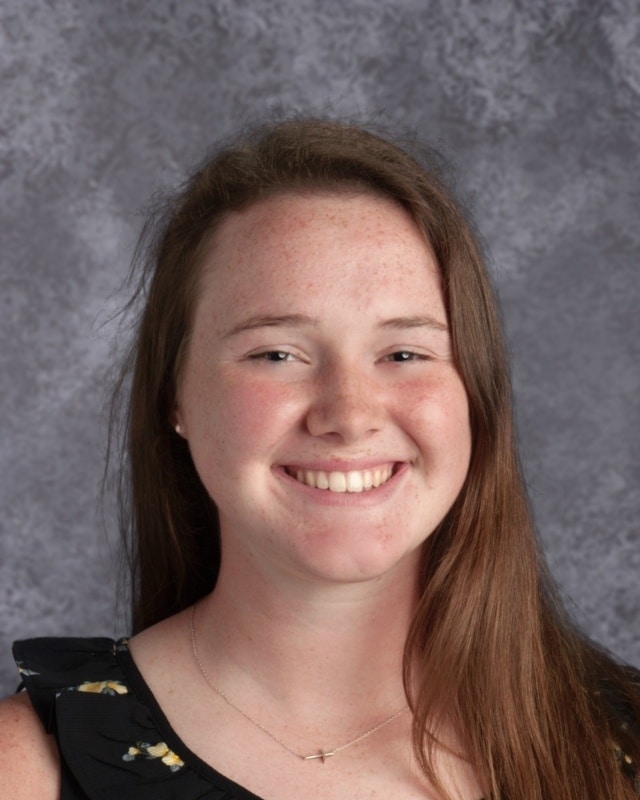 Sydney is in the Honors Program, the most rigorous curriculum at Brunswick Academy. She further challenges herself with Dual Enrollment courses through Southside Virginia Community College as well as Liberty University. For her years of dedication to her academic success, Sydney has been named to the All-A Honor Roll list each year during her time at the academy. When Sydney is not busy with studying, she involves herself in several other Brunswick Academy opportunities. Sydney is a member of the National Honor Society and serves as its Parliamentarian, the Peer Tutor Team, the Student Council Organization (2 years), the Latin Club (4 years), and has served on the Honor Council (2 years). In 2019, she was selected for the Hugh O’Brian Youth Leadership Seminar. Furthermore, her academic achievements have distinguished her in such a way that Sydney will participate in the 2021 Commencement Ceremony as a Junior Marshal.

Throughout her years at Brunswick Academy, Sydney has participated in athletics at the junior varsity and varsity levels. She has played volleyball for 5 years and basketball and softball for 6 years. As a junior, Sydney was captain of the volleyball team and earned the Most-Improved Award; she received the Coaches Award and Most-Improved Award for basketball and was named VCC 2nd team All-Conference her sophomore year. Sydney was named MVP for the varsity softball team her freshman, sophomore, and junior years while also earning VCC 1st team All-Conference and 1st team All-State her freshman year. Sydney was recently named VISAA’s 2021 All-State Division III Softball Player of the Year. She enjoys all athletic competitions and appreciates the opportunity to represent her school.

Outside of school, Sydney is a member of Main Street United Methodist Church in Emporia, where she has served as a scripture reader since the 3rd grade and is a church council member. She is also a member of Main Street’s Youth Group and has participated in three week-long mission trips where the group has traveled to different states to perform a variety of tasks including home repairs for the elderly, serving food to the needy, and assisting with the renovations of a camp cabin on the Eastern Shore of Virginia.

Sydney has played travel softball for 9 years and is currently a member of the Hanover Hornets organization. In her spare time, she enjoys spending time with her family and friends and playing the piano. As a rising senior, Sydney’s time here at Brunswick Academy is quickly coming to an end. She is looking forward to exploring opportunities over the summer which will guide her to the most appropriate university and major of study.